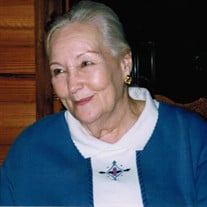 Zemma Celeste Simmons Flournoy was born to Bertie LaClare Simmons and Annie Mae Chavers Simmons in Milton, Florida on May 25, 1929. She was one of six children born to this blessed couple. After serving a term in the Florida House of Representatives, Judge Simmons relocated the family to Tallahassee when Zemma was eight years old. Zemma herself was Mother to five children and three stepchildren. She graduated from Leon High School and attended Florida State University. Zemma’s passions included politics, love of the law (which she got from her father), and her huge family. She held many positions in Florida state government, however her last, and by far her favorite, was as Sr. Legislative Analyst for the Senate Transportation Committee. She absolutely loved learning and acted as an educator to her family, until the very end, on the value of knowing the laws of this country. She served three consecutive terms as president of the Tallahassee Business and Professional Women’s Club in the 70’s. She was active with the Tallahassee Little Theatre for over 20 years. She served on many boards for various causes in and around Tallahassee in the 70’s, 80’s, and 90’s, including the Leon County Democratic Executive Committee. She worked tirelessly promoting the Democratic Party. She worked on many, many campaigns including her own bid for the office of Leon County Tax Collector in 1980. Zemma’s children refer to her as “a force to be reckoned with” as she was fiercely independent and stood strong for her beliefs. She was granted her wish to live independently until her final days; she passed one week after her 92nd birthday. She was such a strong influence in her loved ones' lives and was, in many ways, the glue to her family. She is survived by her sister Patricia S. Madsen of Tampa, son Kenneth Sarvis (Christine), son Bobby Sarvis (Sharon), daughter Carol F. Booth (Sam), son Bill Flournoy (Lisa), and daughter Jan F. Hostetter. Stepdaughters include Sandra F. Walko (George) of Jacksonville, Patricia F. Kimberly (Cecil) of Jacksonville, and Sharon F. Horne of Tampa. She has 13 grandchildren, 21 great-grandchildren and more on the way. Since her passing, many have reached out to the family referring to Zemma as the sweetest lady they have ever known. She will be missed beyond measure by her big family, numerous friends, and former colleagues.

Zemma Celeste Simmons Flournoy was born to Bertie LaClare Simmons and Annie Mae Chavers Simmons in Milton, Florida on May 25, 1929. She was one of six children born to this blessed couple. After serving a term in the Florida House of Representatives,... View Obituary & Service Information

The family of Zemma Celeste Flournoy created this Life Tributes page to make it easy to share your memories.