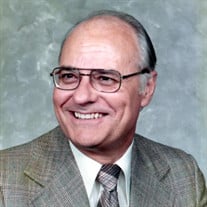 Tallahassee. William Cecil Golden, Sr. was born on February 1, 1928 in his parents home located on a farm in south Alabama. He spent long, happy years in other places. He enjoyed his work and the people he worked with for 67 years. He served in the United States Military during World War II. He earned a four year College Degree from Troy State Teachers College in Troy, Alabama and a Graduate Degree from Florida State University. He was a teacher, always a teacher at heart. He taught and served as basketball coach at Munson High School, was Principal of Harold Elementary School and Principal of Jay Elementary School, all in Santa Rosa County, Florida. In 1955 the State School Superintendent called him to work in the State Department of Education in Tallahassee where he served for 40 years, the last 20 years as a Deputy Commissioner for the Department. After retiring from the Department of Education he worked for the Florida Legislature for 21 years, the House of Representatives for 8 years and the Senate for 13 years. One of his many achievements was the development of a comprehensive and coordinated statewide professional development system for current and emerging school leaders. In 2006 the Florida Legislature established the William Cecil Golden School Leadership Development Program which is still in use today. His death was on January 6, 2021 at the age of 92. He was a devoted and beloved husband, father, grandfather, and great grandfather who will be remembered for his wisdom, kindness, compassion, and lifelong devotion to caring for his family and others. His interest in learning and teaching continued throughout his life. He enjoyed reading, music, and sports. His survivors include his son and daughter-in-law William Cecil Golden II and Jennifer Underwood, of Tallahassee, son and daughter-in-law Barry Steven Golden and Toney Hillsman, of Swainsboro, Georgia, and daughter Martha Ann Golden and Bill Nass, of Tallahassee. Six grandchildren, grandson William Cecil Golden III and Becky Funk, of Christiansburg, Virginia, granddaughter Jerusha Golden and Tyson Curtis, of Naples, Florida, grandson Matthew Golden and Crystal Edmonds, of Tallahassee, grandson Steven Golden and Olivia Sanchez, of Daphne, Alabama, granddaughter Rebecca Ann Golden Waldrop (Becky) and Matthew, of Tifton, Georgia, grandson John Thomas Golden (Tom) and Erin Andrews, of Metter, Georgia, great granddaughter Callie Grace Golden of Tallahassee, great granddaughter Caroline Grace Golden, of Daphne, Alabama, great grandson William Cecil Waldrop, of Tifton, Georgia, and great granddaughter Ruby James Golden, of Tallahassee. Two sisters Lavon Golden Walther and Robert, of Jay, Florida, sister Melba Louise Golden Futural and Marlin of Lucedale, Mississippi. Numerous nieces, nephews, and cousins. He was preceded in death by his parents Reverend Ralph Cecil Golden and Melver Calhoun Golden of Jay, Florida, his wife of 73 years, Jeanette Griswold Golden, and son Ronald Cecil Golden of Tallahassee, Florida. Graveside service and burial will take place on Saturday, January 16 at 1:00pm CST at the Golden Memorial Holiness Church, 6103 Golden Church Road, Jay, Florida and will be officiated by Reverend Matthew Waldrop. Masks and social distancing will be observed. Lifesong Funeral Home (Tholley Taylor), 20 South Duval St., Quincy, Florida is assisting the Golden family with arrangements.

Tallahassee. William Cecil Golden, Sr. was born on February 1, 1928 in his parents home located on a farm in south Alabama. He spent long, happy years in other places. He enjoyed his work and the people he worked with for 67 years. He served... View Obituary & Service Information

The family of William Cecil Golden Sr. created this Life Tributes page to make it easy to share your memories.