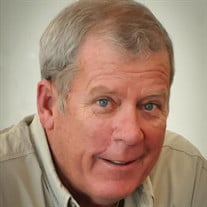 Born Terrence Sean Coughlin, he was Terry to family and friends. Terry, 64, passed away peacefully with family by his side, on September 4, 2017, after losing his battle with cancer. He was under the care of Big Bend Hospice. He was preceded in death by his parents; Dr. and Mrs. Paul Coughlin, his brother Kevin, his brother Brian, his Father in law, Chester White and Sister in law, Ann Coughlin. Terry was born and raised in Tallahassee. He was a 1970 graduate of Leon High School. He spent the majority of his adult life in the commercial construction business; he worked for Advon Corporation, Peter Brown Construction, Brassfield & Gorrie -Florida Division, Watkins Engineering, Bass Construction and Winchester Construction. Terry was a part time Deputy Sheriff in the Reserve Unit with the Leon County Sheriff’s Office and separated from the agency after 28 years as a Lieutenant. He also served on the LCSO Tactical Dive Team and the Wakulla County Sheriff’s Reserve Unit. For over 25 years he worked evening security for the House of Representatives Sergeant at Arms. Terry was a member of The Knights of Columbus, Father Hugon Council 3521, 4th degree. He was an Eagle Scout and previously served as Assistant Scoutmaster of Boy Scout Troop 118. Terry is survived by his loving wife, Marilyn; sons Lenny (Michelle) and Rory; step-sons Bobby (Leslie) Thimmes and Tyler (Ashley) Thimmes; brothers and sisters, Richard, Louise (Leo) Curtin, Carroll (Larry) Keough, Kathee, Hannah Harrell, (twin brother) Tim (Naomi) and Brent (Stephanie); cousin Nina Westphal; Mother in law, Shirley White; brother in law Chester (Jo) White Jr. and many nieces and nephews. He also leaves behind his awesome grandchildren, who provided him with an abundance of joy; Ella Claire Coughlin, Anthony Sean Coughlin, Robert “Bo” Thimmes IV and Gage Thimmes. A memorial service will be held on Thursday September 7, 2017 at 11:00 am, at St. Louis Catholic Church, 3640 Fred George Rd, Tallahassee, Florida. Visitation will be one hour before the service at the church. In lieu of flowers donations may be made to the Boy Scouts of America Suwannee River Area Council or to Big Bend Hospice. Terry was never fond of coats and ties and asked that you leave them at home.

Born Terrence Sean Coughlin, he was Terry to family and friends. Terry, 64, passed away peacefully with family by his side, on September 4, 2017, after losing his battle with cancer. He was under the care of Big Bend Hospice. He was preceded... View Obituary & Service Information

The family of Terry Coughlin created this Life Tributes page to make it easy to share your memories.

Born Terrence Sean Coughlin, he was Terry to family and friends....