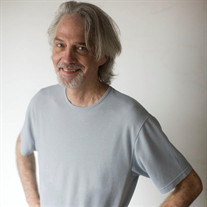 With an infectious smile, a generous kind heart and a deeply emotional musical soul, Scott Campbell was aptly described by a friend as “the guitar-wielding Bodhisattva of Tallahassee”. Scott Campbell passed away peacefully at 2am on January 25th 2017. He was 58 years old. He died in the arms of his loving partner Lori Lewis Giuggio, leaving behind a broken hearted community of family, friends, fans and fellow musicians. Scott was born in Miami to Mary McQuaid Campbell and Jim Campbell on August 12th 1958. After graduating from Archbishop Curley High school in 1976, he drove his blue Biscayne up the turnpike to Tallahassee to attend Florida State University, where he earned a degree in psychology. Working in locally owned record stores including Backtrax Records and Tapes and CD Exchange, many came to think of Scott as their personal music guru, enlightening his followers with introductions to his own musical heroes and saving them from buying that Styx album they thought they wanted. Most recently, Scott worked at the Florida Department of Environmental Protection and will be deeply missed by his colleagues there. Scott was rooted deeply and widely in the Tallahassee music scene for forty years. Whether playing solo, in a duo or in one of his many bands, his soulful mastery of the guitar and his honest ethereal voice touched the hearts of anyone who was lucky enough to hear him. Scott tenderly mentored and shared his talent with so many musicians in Tallahassee that it would be impossible to overstate his influence. He was a member of many many bands over the years including Black Cat Bones, The Pat Puckett Band, Tall Combo, The Scott Campbell Trio, Bo’ Hog Root, Windfall, Harvest Gypsies, Dead Keys, Spindrift, Extra Hair, Friends for Now, Funk Card, The Crawlers, Little Mystic and Catfish Alliance. Over the years, Scott donated his talent to help raise funds for countless community organizations, including Big Bend Hospice, St Francis Wildlife, Florida Wild Mammal Association, Bands For Bernie and the Purple Hatters Ball, benefitting the Rachel Morningstar Foundation. He holds the distinction of being the only musician to volunteer for all 10 years of the Feed the Community Festival benefitting the Second Harvest Food Bank. Plans are underway to revive this festival and rename it The Scott Campbell Feed the Community Festival in his honor. Scott enjoyed listening and playing music at home with his partner Lori. They shared a passion for live music and frequently traveled together to hear their favorite musicians perform. They both found peace and delight in their animals and shared their love with their dog Kina and their two mischievous cats Booger and Cody. Scott and Lori were enjoying the nest they built together. While it is his public persona and performances that will be remembered by many, Scott was a loyal and loving partner to Lori, and a caring friend who never took relationships for granted. He was a dedicated, thoughtful and proud parent to his beloved step daughter Kelly Hanrahan. Scott’s latest CD, An Old Photo, was released shortly before his diagnosis of a rare terminal cancer. An Old Photo is an introspective, joyous and touching celebration of his unique history and outlook on life. Enlisting the incredible talent of many of his close musical friends, it is a tribute to how deeply connected he was to the Tallahassee music community. Scott connected with people--on the stage and off. For those that knew him, he was like a garden--inviting, calming, quietly beautiful, with the softest smile blossoming whenever he saw you. Scott is survived by his loving partner Lori Lewis Giuggio, his brothers Doug, Rob, and Jim, and his step daughter Kelly Hanrahan. His musical family members number too many to all be mentioned, but among those he recently played with are Danny and Kelly Goddard, Brian Durham, Avis Berry, Ed Bradley, Randy Barnhill, Leon Anderson, Buck Colson, Michael McKenzie, Tom Longfellow, Dillon Bradley-Brown, Jeff Davis, Mark Patton, Deb Berlinger, Chris Balding, John Babich, Kevin Robertson, Hal Month, Kim Thomas, Dave Leporati and Kris Kolp. A musical gathering to celebrate Scott’s life is planned for Sunday February 19th from 11:00am-5:00 pm at the Miccosukee Land Co-op Community Center. 9601 Miccosukee Road. Donations in Scott’s honor can be made to Big Bend Hospice and the Moffit Cancer Center.

With an infectious smile, a generous kind heart and a deeply emotional musical soul, Scott Campbell was aptly described by a friend as &#8220;the guitar-wielding Bodhisattva of Tallahassee&#8221;. Scott Campbell passed away peacefully at 2am... View Obituary & Service Information

The family of Scott William Campbell created this Life Tributes page to make it easy to share your memories.

With an infectious smile, a generous kind heart and a deeply...