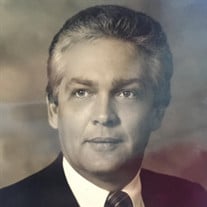 Ronald (Ron) Allen Safford, loving dad, brother, uncle, and friend passed away peacefully on October 6, 2021 at the age of 73. He was born in Gallipolis, Ohio on October 25, 1947, to William Cameron Safford and Violet Lucas Safford, who preceded him in death. Ron was a graduate of Point Pleasant High School in West Virginia, class of 1965. He was a member of the Point Pleasant High School Athletic Hall of Fame and a graduate of Marshall University, where he was a scholarship football player and a member of the Pi Kappa Alpha fraternity. He was drafted during his senior year at Marshall and proudly served in the United States Army, where he was based in the state of Washington. After his tour of duty with the Army, he returned to Marshall in 1971 as a graduate assistant, to aid in the rebuilding program of the Young Thundering Herd, after the tragic airplane crash that killed many of his former teammates and coaches the previous year. He later went on to coach at West Virginia Tech. He is survived by his three children, Aaron (Tanya) Safford of Orlando, FL; Kameron (Dan) Chiljean of Plantation, FL; and Shelly (Quint) Gerteisen of Tallahassee, FL, and brother Stephen (Jan) Safford, of Point Pleasant, West Virginia. Other survivors include his nine grandchildren; Mackenzie Fasen, Jaxon Safford, Evan Safford, Niko Chiljean, Kali Chiljean, Mack Chiljean, Ava Gerteisen, Ali Gerteisen and Ky Burroughs, and many cousins, nieces and nephews who he loved to catch off guard with his endless jokes, pranks and keen sense of humor. His love of sports propelled him to many jobs across the state of Florida; from coaching high school football and golf in Central Florida, to becoming the Director of Sports Promotion at the newly-formed state agency, the Florida Department of Commerce. There he played a critical role in bringing new sports such as speed-boat racing, as well as awarding new professional sports team franchises to Florida, including the Florida Marlins, Jacksonville Jaguars and Miami Heat. He later oversaw marketing and operations when a new amusement ride dubed as the World’s largest SkyCoaster, towering 300 feet, was built in Kissimmee, FL. Ron also worked with several other government agencies over a twenty year career, from the Department of Business and Professional Regulations and the Florida Department of Agriculture to the Leon County Commissioners Office, before his retirement. He enjoyed being a member of the Masons, serving on the Jefferson County Republicans Board, playing golf and fishing and developed a late-in-life hobby performing stand-up comedy, before his health began to decline. A ceremony will be held on Friday, November 26 at 11:00 a.m. EST at the Tallahassee National Cemetery, officiated by his longtime friend, former Lt. Governor Bobby Brantley. Lifesong is assisting the family with arrangements.

Ronald (Ron) Allen Safford, loving dad, brother, uncle, and friend passed away peacefully on October 6, 2021 at the age of 73. He was born in Gallipolis, Ohio on October 25, 1947, to William Cameron Safford and Violet Lucas Safford, who preceded... View Obituary & Service Information

The family of Ronald "Ron" Allen Safford created this Life Tributes page to make it easy to share your memories.