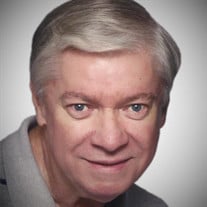 Ron Johnson was born in Brewton, Alabama on September 29, 1949. At the young age of 18 months old, he was diagnosed with polio, but a little thing like that wasn’t going to stop him from excelling at everything he put his mind to from then on. Ron attended Bay High School and what was then called Gulf Coast Community College in Panama City before studying communications at the University of West Florida in Pensacola. Ron greatly enjoyed radio as a student and worked as a DJ throughout high school and in college. He fell in love after college with Cecelia Reeves, his former high school girlfriend. The couple were married on August 16, 1975 and welcomed their son Ronald Clyde (RJ) Johnson II, in October 1980. Ron helped establish the WKGC radio station at Gulf Coast Community College and served as the faculty sponsor for the station. He continued to work as an on-air radio host for many years. He also was an avid ham radio operator with a call name of “WB4LIJ.” While at GCCC he also taught communications, and served as the foundation secretary and public relations director. Ron ran an advertising agency from 1977 to 1994 - Johnson, Johnson, Reeves and McAdams. Ron served in the Florida House of Representatives from 1978-1990. With a gift for gab, charisma in spades, and a voice for radio, both careers proved a success for Ron. Ron also juggled between construction and his entrepreneurial skills to start three firms - Creative Homes, Housing Florida, and Johnson & Son. He completed his working career as PR Director for the Department of Business and Professional Regulations and coordinated several political campaigns. Retirement brought new passions into Ron’s life - grandchildren and small engine repair. From the workshop in his Havana backyard he helped neighbors, friend and strangers alike, by fixing lawn tools and more. In fact when RJ and his wife Dawna named their son, they chose part of Ron’s previous legislative nickname, “Blade,” as a middle name. Ron was truly one of a kind! He was a dreamer and a doer; a Master Mason; a lover of war movies, tech toys, FSU football and in his younger years, Skoal. Ron had an infectious laugh and always found ways to make others laugh along with him. He had inside jokes and nicknames for his loved ones, and in more serious moments Ron used his gift for words to show his family affection and lift them up. Ron was preceded in death by his beloved mother Alyne Burnham Johnson Howard, his father Clyde Johnson and his stepfather Kie Howard. He is survived by his wife of nearly 43 years, Cecelia “Cece” Johnson, son RJ Johnson, daughter-in-law Dawna Johnson and two grandchildren Chloe Johnson and Ryan Johnson. As well as his father-in-law, George Olin McAdams, lifelong friend, Ian Barker, and two sisters-in-laws and their husbands Debi and Foy Andrews, and Angie and Roy Smith. The family would like to thank the Big Bend Hospice House of Tallahassee for their extraordinary care. Ron spent his final days there peacefully, cared for by their multitude of doctors and staff, music therapists and pet therapy members. The hospice house music therapists provided a beautiful backdrop of “Amazing Grace” as Ron made his way home on the afternoon of April 12. Ron’s friends and family will be celebrating his life with a visitation at 11:00 a.m. on Friday, April 20, 2018 held at Lifesong Funeral Home (www.lifesongfunerals.com), 20 South Duval Street, Quincy, FL, followed by a memorial service at 12:00 p.m. In lieu of flowers, contributions to Big Bend Hospice in memory of Ron Johnson are encouraged. The family will be dedicating an engraved paver on the hospice grounds, in celebration of Ron’s life.

Ron Johnson was born in Brewton, Alabama on September 29, 1949. At the young age of 18 months old, he was diagnosed with polio, but a little thing like that wasn&#8217;t going to stop him from excelling at everything he put his mind to from... View Obituary & Service Information

The family of Ronald C. "Ron" Johnson created this Life Tributes page to make it easy to share your memories.