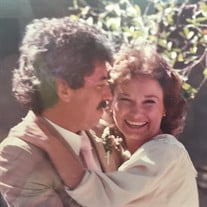 Robert E. “Bob” McAneny, age 75, passed away at the Pacifica Senior Living facility on February 20, 2022 following a recent hospital stay. He was born on January 26, 1947 to Robert and Vivian McAneny in Wilmington, DE where he was the third of five in a loving family. After graduating from high school in Wilmington, Bob ventured south to Florida for his college education, first at North Florida Junior College in Madison, FL and then on to Florida State University in Tallahassee, FL. Bob would remain a life-long “Seminole” attending many sporting events with family and friends. Bob’s career took many twist and turns over his life in Tallahassee, and he is best known for his sales activities, either in advertising or automotive related fields, and he was a natural born salesman with a “gift for gab” and a ready smile. It was during this time he met and married the love of his life, Karen, and they decided to move out to Quincy to be closer to nature and to raise their many dogs and cats. Unfortunately, Karen became seriously ill in early 2018 and passed away that November. In addition, he was preceded in death by his parents, Robert and Vivian McAneny, and his sisters Diane and Janice McAneny. Bob is survived by his sister Patricia (Joe) Hindy of New York, NY, brother Laird (Mimi) McAneny of Canton, GA, daughter Kim McElvein (Scott) and many nieces and nephews. The family is planning to host a gathering of friends and family to honor Bob later in the spring. In honor of Bob, donations may be made in his name to the Leon County Humane Society, 413 Timberlane Road, Tallahassee, FL 32312.

Robert E. &#8220;Bob&#8221; McAneny, age 75, passed away at the Pacifica Senior Living facility on February 20, 2022 following a recent hospital stay. He was born on January 26, 1947 to Robert and Vivian McAneny in Wilmington, DE where he... View Obituary & Service Information

The family of Robert McAneny created this Life Tributes page to make it easy to share your memories.