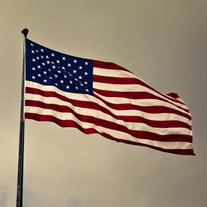 Robert Allen Ellinor, Jr. passed away August 1, 2021 in Tallahassee, Florida. He is survived by his wife of 59 years, “Pipper” Stayer Ellinor. Other survivors include his sons, Matt Ellinor (Sullivan) and Dan Ellinor; daughter Hiedi Ivester (Rick); grandchildren, Kaley Hartman (Chris); Ashley Ivester; Miller Ellinor; Morgan Ellinor; Cameron Ellinor; great-grandchild, Hays Hartman; sisters, Mary Ellinor Smith, Martha Ellinor, and Roberta Ellinor Mitchell; brother, Benny Ellinor; brother-in-law and sister-in-law, Bobby and Jan Miller; nieces Lawson Miller Smith (Glenn) and Susan Miller Jones; nephews Andy Miller and Bill Miller; aunt Nina Jean Freeman, and his beloved cat, Geronimo. He is preceded in death by his mother, Ruby Lester Taylor; father, Robert Allen Ellinor Sr.; sister, Carol Ellinor Miller; and brother-in-law, Dan Miller. Mr. Ellinor was born on November 17, 1939 to Robert Allen Ellinor, Sr. and Ruby Lester Taylor. He grew up in Havana, FL among many family and friends. He attended Florida State University and graduated with a B.S. in Business and was a member of the Sigma Alpha Epsilon Fraternity. After graduation, he married Pipper Stayer and she accompanied him as he served his country in Germany as a First Lieutenant in the U.S. Army. Upon being honorably discharged from the military, he entered the banking profession and was President/CEO of Independent National Bank in Ocala. Throughout his career he served his community in numerous civic and community organizations. He was an avid sportsman and enjoyed fishing, hunting, and simply being outdoors in the woods or on the river in a boat. He especially loved sharing these pursuits with his family and friends. Above all he was a devoted son, brother, husband, father, grandfather, and friend. A graveside service for Bobby “Chief” Ellinor will be held at 10:00 AM on Saturday, August 7, 2021 at Woodland Cemetery in Havana, FL. Family and friends will be received at the Ellinor House at 206 6th Avenue East in Havana following the service. In lieu of flowers, the family requests that memorial donations be made to the Havana History and Heritage Society at P. O. Box 187, Havana, FL 32333. Lifesong Funerals & Cremations, 231 E. 6th Avenue, Tallahassee, FL (850/765-3190 or lifesongfunerals.com) is assisting the family with arrangements.

The family of Robert Allen Ellinor Jr. created this Life Tributes page to make it easy to share your memories.