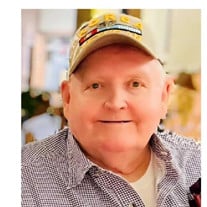 Richard George Himmer, Jr. - 87 of Tallahassee, Florida, known to family and friends as "Poppy or Poppie" passed away on Saturday February 26th, 2022 with his loving family by his side. No matter if you referred to him as Poppy or Poppie he was a dedicated husband, father, grandfather, and friend. Poppy was born in Seattle Washington and was a veteran who served active duty as a Private Second Class in the United States Army with the 82nd Airborne Division, assigned to the D Battery 80th Airborne Anti-Aircraft Battalion from December 7th, 1952 to December 6th, 1954 during the Korea Conflict era. Poppy was a member of the Korean War Veterans Association. After his military service, Poppy moved to Broward County Florida in 1956 where he met his love of his life, Cynthia A. DeBoyes. They were married on August 24th, 1962 and raised a family with two wonderful children. Poppy worked for the Broward County Utilities Department from 1962 to 1995 at which time he retired after 33 years of dedicated service as a maintenance supervisor. Since retiring, Poppy spent his time with his wife and their immediate family doing the things he loved most. He was an avid sports watcher and loved golf and football. His favorite team was The Florida State Seminoles but loved any football game. Poppy was known for his banana splits, his love for animals and puzzles, and his innate ability to be a professional movie hopper with his grandkids. He is remembered for the amazing road trips taking his family to visit 49 of the 50 states and all national parks in between. He truly loved watching John Wayne movies especially with his family. Poppy was one of "the good ones" a kind, and gentle man who loved his family unconditionally and unselfishly. In the words of John Wayne, Poppy was "…the stuff men are made of.” He was preceded in death by his father, George Henry Himmer and his mother Bonnie Jean Boyer Himmer. He is survived by his wife of 60 years of loving marriage, Cynthia A. Himmer of Tallahassee, FL, and their two adult children and their spouses. Daughter, Rosemarie Catanzaro and Son-in-law John Catanzaro of Old Fort, NC. Son, Burt R. Himmer and Daughter-in-law Amanda B. Himmer of Tallahassee, FL. Along with 4 grandchildren: Cecilia M. Catanzaro of Birmingham, AL; Chelsie L. Himmer, Blake R. Himmer, and Zachary W. Himmer of Tallahassee, FL. He was loved by many and will be truly missed. Funeral Services will be held at 2pm, Friday March 11 at the Tallahassee National Cemetery where Poppy will be laid to rest. Lifesong is assisting the family with arrangements. Flowers may be sent to Lifesong Funerals at 231 E. 6th Ave, Tallahassee, FL 32303. In lieu of flowers, contributions may be made in remembrance of Poppy / Poppie to Covenant Care Hospice, Inc - https://www.choosecovenant.org/donate-now/

Richard George Himmer, Jr. - 87 of Tallahassee, Florida, known to family and friends as "Poppy or Poppie" passed away on Saturday February 26th, 2022 with his loving family by his side. No matter if you referred to him as Poppy or Poppie he... View Obituary & Service Information

The family of Richard G. Himmer Jr. created this Life Tributes page to make it easy to share your memories.