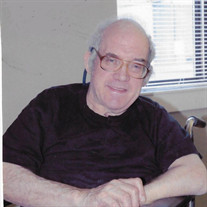 Obituary for Omar Kelly Phillips, Jr. (70) I am saddened to have lost my last sibling and a best friend but remind myself that “Kelly” began his dream life in the Lord’s home on Friday, 3 April 2020. He was born in Kansas City, Missouri on 6 October 1949. His early years were spent as an Army Brat since his father did 28 years of service. Colonel Omar K. Phillips and his wife, Thelma retired in El Paso in 1970. They had built a home there before receiving unexpected orders to Yokohama, Japan. Our brother, Bill, stayed in El Paso. In Japan, Kelly and I attended Nile C. Kinnick High School. He ran track and was on the championship football team for three years. I met my future Navy husband, Mike, and we were married just before they left for the states. Kelly served as the Best Man. Back in El Paso, Kelly graduated from Andress High School. He was also the first in the family to graduate from college at the University of Texas, El Paso. His older brother, Bill, worked for the El Paso gas company, had married and they eventually had one son, Brian. Bill, Kelly, and friends enjoyed taking their dogs out in the desert and riding motorcycles and dune buggies; also trips to Pike’s Peak to watch the mountain racing. It was an accident out in the desert in 1976 that ended Kelly’s pursuit of a Master’s at UTEP and caused him to be in a coma for 110 days and having to learn to walk and talk again. Despite these obstacles, he seldom complained but rather said God gave him a second chance. Our mother had advanced lung cancer and could not attend my and my son (Michael L.’s) graduations from FSU in December 1998, so she generously bought plane tickets for Kelly and Bill to attend. Dad passed away in 1981 and mom and Bill in 1999. In 2000 we moved Kelly to our home in Tallahassee along with his devoted dog, Sweetie and his loud-mouthed parrot, Bernie. He enriched our lives and was happy to spend the next 20 years here. He often said that “We received more rain in one day than El Paso got in a year”. Thanks to Mike and I, nieces and nephews, in-laws, and friends, Kelly got to experience family life and babies, teenagers, work, school, sports, and holiday activities. Someone would check on him, if we were out of town. He attended one high school class reunion with me in Vegas. His nephew, Phillip, took him to Physical Therapy in El Paso, a Willie Nelson concert and movies; another nephew, Michael L., survived pushing him in a wheelchair up a San Francisco hill and always repairing his T.V. remotes when he was in the Heritage Healthcare Center nursing home where he spent his last nine years. Visits by family members and friends to Kelly at Heritage Healthcare Center were always appreciated. Our in-laws included him in birthday parties and family holiday meals and Pastor Larry Millender baptized him at Abundant Life Fellowship. Several sweet people in the congregation would speak to or visit him; even provide a magazine on Shelby cars. Toni and Mike Kirby would also give us a plate of food/desserts for Kelly when we had meals with them. His niece, Michelle, made time-share trips possible. She and her husband Chris always remembered Kelly’s birthday and would visit him when they flew from California with their daughter, Jubilee. Kelly visited North Carolina, Phoenix, Az, Disney World, San Francisco and Las Vegas, where he saw Siegfried and Roy. He was preceded in death by his parents, Col. Omar Kelly Phillips, Sr. and Thelma Marion (Gribble) Phillips; older brother, William Joseph Kelly Phillips; sister-in-law Mary McAdams Phillips; and nephew, Brian Kelly Phillips. His is survived by his sister, Linda Sue Phillips Jernigan and brother-in-law, Michael Douglas Jernigan; niece Jessica Victoria Kimmick; great-nieces Alexis Phillips and Megan Phillips; great-great-nephew, Niko Alexander; niece Michelle Susanne Jernigan Wright, her husband Christopher Todd Wright; nephews Phillip Michael Jernigan and Michael Lincoln Jernigan, his wife Kelli Millender; great-nieces Kyla Ashley Jernigan, and Jubilee Grace Wright; and great-nephew Caleb Michael Jernigan. We all share a lot of memories of Kelly and will miss his sense of humor and smiles. We wish to express thanks to those who cared for him at Heritage Healthcare Center. Due to the Coronavirus, no services are planned. Linda Jernigan, 4 April 2020

The family of Omar Kelly Phillips Jr. created this Life Tributes page to make it easy to share your memories.