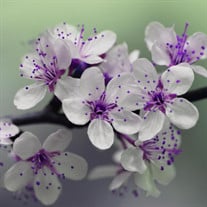 June Sprouse MacDonald died Saturday, Feb. 6, 2021, in Tallahassee, Florida. She was 100 years old. June was born on June 2, 1920, and spent her childhood in Madison and Ashtabula, Ohio, growing up along Lake Erie. She met her late husband, John MacDonald, while obtaining her degree in education from Kent State University. She served as an elementary school teacher and minister’s wife to her husband in churches in Ohio. In 1957 John was called to a church in Miami, where June taught grades 1st through 6th for 26 years. In 1990, June and John moved to Tallahassee to be near her daughter, Marsha, and her husband Gary, and their sons, Blaine and Bryant. June played an extremely active role in volunteerism throughout Tallahassee in the years she called the city home. She was a member of Faith Presbyterian Church, where she served as a coordinator of adult programs and luncheons for 12 years. She was honored in 2000 as a lifetime member of the Presbyterian Women. June was on the Volunteer Staff of the TMH Auxiliary, her many years of service and dedication recognized last year as she received the Silver Star Award. June served as a docent in the Florida Governor's Mansion where she gave tours to the public and provided spiritual support to the First Ladies. She was also an active member of the Killearn Ladies Club, presenting the meditations at the meetings, and she was an active member of the Tallahassee Music Guild for many years. June was preceded in death by her sister Alice, her husband John and their only daughter Marsha. She is survived by her son-in-law, Gary Click, her grandsons Blaine (wife, Nancy) and Bryant (wife, Connie) Click, and her three great-grandchildren Logan, Charlotte and Cary Click. Due to the pandemic, the family is forgoing funeral services and will have a small private memorial. Interment will be at Greenlawn Cemetery in Columbus, Ohio. In lieu of flowers, donations in her honor can be made to Faith Presbyterian Preschool & Kindergarten in Tallahassee, Florida.

June Sprouse MacDonald died Saturday, Feb. 6, 2021, in Tallahassee, Florida. She was 100 years old. June was born on June 2, 1920, and spent her childhood in Madison and Ashtabula, Ohio, growing up along Lake Erie. She met her late husband,... View Obituary & Service Information

The family of June MacDonald created this Life Tributes page to make it easy to share your memories.