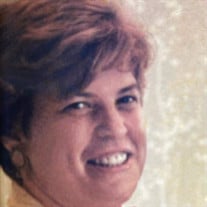 Jean Berry Schneggenburger, 76, of Tallahassee, loving wife, mother, grandmother, friend, nurse, foster parent, passed away peacefully in her home on February 9, 2022 from complications of COVID-19. Born in Cortland, NY in 1945 to Robert W. Berry and Marian Lowell Berry, her family eventually moved to Buffalo, NY where she met her future husband of over 56 years in the high school band. Jean enjoyed her invitation and experience in the Buffalo all-high school band multiple years playing flute and piccolo. In 1962, Jean attended the Girl Scout Round Up in Button Bay, Vermont. After high school, Jean continued her education at the prestigious Katherine Gibbs Secretarial School. Seven years after meeting her high school sweetheart, Mike Schneggenburger, they married in New Jersey before moving to Tacoma, Washington where Mike served in the Army. In 1966 they welcomed their daughter Kimberly. After the Army, they moved back to New Jersey where Kristine was born in 1969, and the couple completed their education in Syracuse. Upon graduation, the family moved to Florida where Jean pursued her nursing degree, becoming an RN while working for the health department and later becoming an ER nurse. The family moved to Tallahassee in 1978 where Jean worked for the Leon County Health Department. Jean became the RN at Gretchen Everhart School for Exceptional Students in the early 1980s. While RN at Everhart, she opened her home to many special needs foster children for almost a decade. Jean retired in 1997, enjoying lunches with her Everhart friends and devoting her time to being an adoring grandmother to her four grandchildren. In the 2000s Jean and her husband enjoyed taking their grandchildren on many camping trips experiencing the United States, sharing her love of discovery with her grandkids. Wherever she went, her humor, quick wit, genuine smile and great intelligence was evident to all. She truly made the world a better place. Jean lived a very full life until her last ten years when her memories were affected by dementia. Despite the dementia she still retained her love of life and her fun-loving personality. Jean was predeceased by her parents, her daughter Kris, and her sister Carol. She is survived by her husband, Michael Schneggenburger, daughter Kim Schneggenburger-Perez (Eugene), her grandchildren Terry Schneggenburger, Michael Perez, Derrick Schneggenburger and Emily Perez, her siblings Bob Berry of Rotunda West, FL, John "Jack" Berry of Farmington, CT and Kay Berry Lopez of Stroudsburg, PA and many nieces and nephews including Karen Schneggenburger of Tallahassee. A Celebration of Life will be held Thursday, April 28, 2022 at The Homestead Barn in Monticello, Florida. Donations can be made to Big Bend Hospice at https://bigbendhospice.charityproud.org/Donate in Jean’s name.

The family of Jean Berry Schneggenburger created this Life Tributes page to make it easy to share your memories.