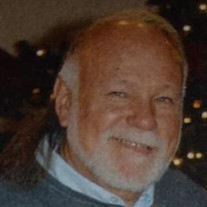 Harold Lee Davis, 67 of Sycamore FL passed away December 31, 2021 at Shands Hospital in Gainesville FL. He is preceded in death by his parents William Marvin and Dessie Dimple Davis, his late brother Lowell Wayne Davis and his late wife Deborah Gail Watkins Davis. To carry on his memory Harold leaves behind a beloved wife Dorothy Elaise Carlton Davis (Hottie Dottie), two daughters Tracy Lynn Davis Carman of Liberty County and Karla Davis Barrentine of Sycamore. Three sons, William Lee (Pete) Maxwell of Leon County, Ronald Keith Cheshire of Orlando, FL and Kevin Russell Carlson of Thomasville, GA. Two daughter in laws, Jessica Cheshire and Donna Carlson. Eight grandchildren, Chase Maxwell, Garrett and Tyler Carman, Quincy, Mason and Scarlett Cheshire, Dylan Holcomb, and Mia Barrentine. Four sisters, Alice (Benny) Ross of Jacksonville, FL, Shirley Wieland of Arizona, Christine Brandon of Leon County, and Emma Jean Gamble of Havana, FL. Harold was loved by many and never was one to meet a stranger. His smile and personality could light the sky. His kind heart left its mark on so many, especially his family. Harold was an allstar basketball player in high school and could pack a gym to capacity. Even after high school he could still burn the dirt up at home and very rarely lost a game.He loved tubing, kayaking, FSU football/basketball, grilling and having family and friends by his side. He had a way of making even the darkest times brighter with his wit and was never one to shy away from a joke or telling you how it was. He meant so much to so many and the memories he has left will forever be cherished.

The family of Harold Lee Davis created this Life Tributes page to make it easy to share your memories.