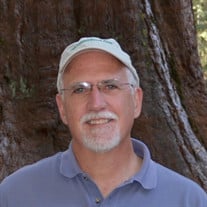 George William Willson was born on December 28, 1950, in Murfreesboro, Tennessee, the third of four children born to Lt. Colonel George William Willson, Sr. and Irma Dippold Willson. George's parents met in England while serving in World War II. He was in the Air Force and she was a nurse. George grew upon a number of Air Force bases, before moving to Orlando as a teenager and graduating from Boone High School in 1969. He briefly attended Florida Technological University (now UCF) before deciding to join the Marine Corps.  He served in Vietnam as a forward observer working with special operations in remote mountainous regions before contracting a “fever of unknown origin.” He was medevaced out of Vietnam and returned home by way of hospitals in Japan, Hawaii, Maryland and finally Jacksonville (where he proceeded to sneak out and drive home to Orlando!). Upon his return, he enrolled at Valencia Community College, where he and Lynne met during their three shared classes.  They began dating and eventually transferred to Florida State University where they married in a little chapel on campus in 1974.  George pursued his undergraduate degree in International Affairs and a graduate degree in Urban and Regional Planning. Inspired to preserve the natural world he loved so much, George pursued a career in the field of conservation. From 1977 to 1984 he served under several administrations at the Florida Department of Environmental Regulation where he oversaw many special projects throughout the state relating to river corridors, coastal zones, the Everglades, and water policy. George next became the Director of Land Acquisition for the Florida Chapter of The Nature Conservancy (1984-1999) and was involved in conserving more than 850,000 acres throughout the state. In 1999, George became Vice President for Conservation Lands at the St. Joe Company which offered the unique opportunity to pursue conservation projects on behalf of the largest landowner in the state. In 2004 George left St. Joe and created his own consulting business. In this role he advised clients such as The Conservation Fund and many large landowners throughout the state. George had the honor of serving on a number of governing boards, including the Northwest Florida Water Management District, Audubon Florida, the Apalachee Land Conservancy, the University of Florida’s School of Forest Resources & Conservation, and the Tall Timbers Research Station.  In May 2014, George was diagnosed with multiple myeloma.  After a series of treatments, George’s cancer entered a period of remission allowing him to realize his lifelong goal of becoming a grandfather. George loved his family dearly and cherished the precious time he had with his three grandchildren. The cancer recurred in 2019 and George underwent another year of treatment. Four months before his death on July 30, George received a secondary diagnosis of plasma cell leukemia, a rare and aggressive progression of multiple myeloma.  He was hospitalized in Gainesville for 5 weeks followed by Home Hospice care which allowed him to spend his remaining time visiting with friends and family. Throughout his career George helped to protect over one million acres of environmentally sensitive lands.  We will remember his passion, commitment, and unrelenting perseverance to protect Florida’s natural lands and waters (especially in his beloved Florida panhandle) for generations to come.  George is survived by Lynne, his wife of 45 years; his daughter, Ashley Brown of Hood River, Oregon, her husband, Doug, and their 4-year old son, Nolan; son Michael of Tallahassee, his wife, Alyssa, and their 2-year old twins, Sam and Cait; two sisters, Mary Ficzere, of Montgomery, Alabama, and Patricia Elliott, of Fort Myers; and one brother, Tom, of Huntington Beach, California.  A funeral service will be held on Thursday, August 8 at ll:00 a.m. at the Tallahassee National Cemetery, 5015 Apalachee Parkway. A reception will immediately follow at 2136 Armistead Road, Tallahassee. In lieu of flowers, the family requests that donations be made to one of the following:  * Tall Timbers Land Conservancy Program (https://talltimbers.org/support-tall-timbers-program-specific-giving/)  * Audubon Florida (https://act.audubon.org/onlineactions/6NsReZmDnUWGLI948Qzmvg2?ms=giving_page_56)  * Apalachicola Riverkeeper (http://apalachicolariverkeeper.org/donate-now/)   * Apalachicola Bluffs and Ravines Preserve, checks payable to ABRP, 10394 NW Longleaf Dr., Bristol, FL 32321.

The family of George William Willson created this Life Tributes page to make it easy to share your memories.