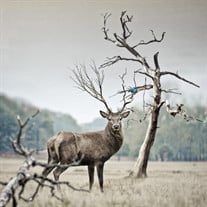 George Edward “Buddy” Ford, 85, of Quincy, passed away on September 5, 2021. He was born on March 5, 1936. He is survived by his wife of 61 years, Annette Gee Ford. George was born in Tallahassee and moved to Quincy as a young boy where he spent most of his life. He graduated from Quincy High School and worked many years as a livestock buyer for Quincy Livestock, retiring as a General Contractor. He was an avid hunter and fisherman. George was a member of Gretna Baptist Church where he served as a deacon. He is also survived by three children, Charla Henderson (Dean) of Charleston, SC; Mark Ford of Gainesville, FL; and Alice Kaye Emery (Mike) of Lake City, FL; one sister, Jean Peacock Macon (Charlie) of Greensboro, FL; one brother, Jack Ford (Hazel) of Palmetto, FL; one brother-in-law, Harold Ziegler of Havana, FL; nine grandchildren; eight great-grandchildren and numerous nieces and nephews. George was preceded in death by his parents, W.L. & Ruth Ford; one sister, Anita Ziegler; and one grandson, Kevin “Ford” Henderson. A memorial service was held at 11:00 AM on Thursday, September 9, 2021 at Gretna Baptist Church. For those who wish to social distance, a video recording of the service will be available later Thursday at the following link, https://youtube.com/channel/UC0TsCr5Ebfxa7dafaOhx0cQ or search "Gretna Baptist Church, Gretna FL” on YouTube. George was privately interred at Hillcrest Cemetery in Quincy. In lieu of flowers memorial donations may be made to the Ford Henderson Memorial Scholarship at Clemson University, set up in memory of George’s grandson: Make checks to: Clemson University Foundation - Ford Henderson Scholarship, and mail to Clemson University Foundation, PO Box 1889, Clemson, SC. 29633-1899. In the memo line, please specify that it is for the Ford Henderson Scholarship in memory of George Ford. Or you may donate directly at the following secure link: https://iamatiger.clemson.edu/giving (Search for Ford Henderson Internship)

The family of George Edward Ford created this Life Tributes page to make it easy to share your memories.

George Edward “Buddy” Ford, 85, of Quincy, passed away on September...