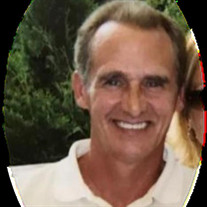 Francis (Frank) John Favor, 65, passed away Thursday, July 9, 2020 at his home in Mexico Beach, Florida. A private funeral mass will be held at Sacred Heart Church in Mount Holly, New Jersey, followed by internment at Evergreen Cemetery in Hillside, New Jersey. Frank was born in Old Bridge, New Jersey and was raised in Elizabeth and Bayville, New Jersey. Frank spent his early adulthood in New Jersey before moving to San Diego, California, where he lived for twenty-five years. He later relocated and spent the rest of his life in Florida. For the past seven years Frank was employed by Carter’s Contracting Services, a firm specializing in construction services to government agencies, as well as private and educational organizations. Beyond his work in construction, Frank was a talented carpenter, who loved working with his hands – including everything from woodworking to cooking and baking. He was a man with a generous spirit and a ready smile. Frank will be missed by all who knew and loved him. Frank was predeceased by his beloved parents, Frank and Anne Favor. He is survived by his four siblings: Linda Bradley, Judith Falzone, Antoinette Vella, and Martin Favor; his nieces Jessica Donohue, Jennifer Stickels, Catherine DeTrizio and Christina Lebron; his nephews David Bradley, Randy Stein and Mauro DeTrizio; and his seven great nephews. Donations in Frank’s memory can be made to Harbor House in Toms River, New Jersey (www.oceansharborhouse.org).

The family of Francis "Frank" Favor created this Life Tributes page to make it easy to share your memories.