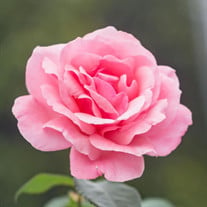 Erika Katharina Maria Edwards, 93 of Tallahassee passed away peacefully in her sleep on Sunday, November 21, 2021 in Tallahassee, Florida. A Memorial Mass will be held at 6:30 PM, Tuesday, November 30, 2021 at Blessed Sacrament Catholic Church in Tallahassee. The Rite of Committal (Funeral Service) will be at 11:00 AM, Wednesday, December 1, 2021 at the Tallahassee National Cemetery at 5015 Apalachee Parkway Tallahassee, FL 32311. Erika was born on March 3, 1928 in Dachau Germany and was the eldest of three siblings. She worked many jobs while living in post-WWll Germany. She often spoke of her time working as a switchboard operator and then working on the American Base in Dachau, Germany. It was here that she would eventually meet U.S. Army First Sergeant Ollie B. Edwards. They would ultimately marry and relocate to Fort Bliss Army Base in El Paso, Texas. Upon Ollie’s Army retirement in 1966, they moved and settled in Tallahassee. Erika began adjusting to life in America and enjoyed watching her five children grow up and raise families of their own. Upon moving to Tallahassee, Erika and her family became parishioners at Blessed Sacrament Catholic Church. She served as a sacristan and loved spending time in the Adoration Chapel. She loved God with all her heart, and it was evident in everything she did and by everyone who met her. Erika was preceded in death by her parents Ferdinand and Katharina Lachner, her brother August, and her husband Ollie. She is survived by her brother Ferdinand, sons Gene Lachner (Carol), Michael Edwards, Ralph Edwards (Irena), Scott Edwards (Deanna) and daughter Sue Durham (Chris), along with several grandchildren and great grandchildren. In lieu of flowers, memorial contributions can be made to Blessed Sacrament Church, Catholic Charities, Inc., Big Bend Hospice, or a charity of your choice. Lifesong in Tallahassee (lifesongfunerals.com or 850/765-3190) is assisting the family with arrangements.

The family of Erika Katharina Maria Edwards created this Life Tributes page to make it easy to share your memories.