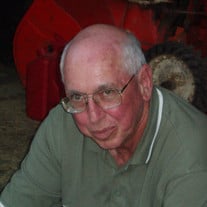 Donald “Don” Anderson of Crawfordville, Florida passed June 6,2018. He was 77 years old. Don was born in Jacksonville, Florida to Gilbert Scott and Thelma Venita (Breland) Anderson. He spent his childhood in Walterboro, S.C. and Bunnell, FL. Don graduated from the Sewanee Military Academy, Sewanee, TN in 1959 and served as a medical corpsman in the U.S. Air Force until 1964, being stationed at Sewart AFB, Smyrna, TN and Wheelus AB, Tripoli, Libya. He graduated from Stetson University, DeLand, FL with a BBA –Accounting in 1967 and served as a programs evaluator with the U.S. Government Accountability Office in Atlanta, GA and Washington, D.C. until 1975. At that time Don became an auditor with what would become the Inspector General’s Office of the U.S. Department of Health and Human Services primarily auditing medical research, Medicare, Medicaid, and Social Security Administration (SSA) programs and activities throughout the Southeastern states and in Washington, D.C. When SSA became an independent agency, Don was requested to assist in creating a new Inspector General’s Office at SSA’s Headquarters in Baltimore, MD from which he retired in 2000 as the Deputy Assistant Inspector General for Management Services. Moving to Crawfordville after retirement, he became an active volunteer and served as a jury greeter and accounting clerk with the Wakulla County Clerk of the Courts office. He joined the St. Teresa Episcopal Church (which became Christ Church Anglican) and served on the vestry as Junior Warden. In 2005, Don’s sister asked him to help her care for his brother-in-law who was stricken with Alzheimer’s disease. He moved to Cody’s Corner, FL and while assisting his sister he volunteered to man the information desk for the Flagler County Courthouse, worked in the Restore store for Habitat for Humanity, and worked as an enumerator during the 2010 U.S. Census. Upon returning to Crawfordville in 2012, Don volunteered to assist with Wakulla’s Operation Santa and weekly volunteered to serve as a veteran’s advocate at Wakulla Correctional Institution under Christ Church’s prison ministries. He is survived by his wife Edna (Hall) of 40 years; Sister Kathleen Clegg, Bunnell, FL; Daughters Melinda Seaboldt (Bob) of Hot Springs, SD, Kathleen Henley (James) of Jefferson, LA; Teresa Corbin of Elko, NV, Diana Smith (Dennis) of Crawfordville, FL; sons James Smith (Kim) of Tallahassee, FL, Ralph Smith (Rebecca) of Brumely, MO, Patrick(Lisa) Smith of Crawfordville, FL, William Johnson of Crawfordville, FL; Niece Letitia Knight of Bunnell, FL; 22 much loved grandchildren; and 10 great grandchildren. A memorial service will be held at Christ Church Anglican, Medart, FL will be set at later date. Memorial contributions may be made to Christ Church Anglican, 3383 Coastal Highway, Crawfordville, FL 32327.

The family of Don Anderson created this Life Tributes page to make it easy to share your memories.