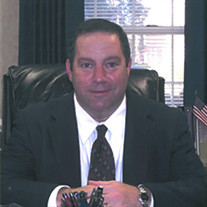 Al Penson of Tallahassee, Florida, passed away peacefully at home on March 21, 2018, after a courageous battle with cancer. A native of Athens, Ohio, Al was born with a zest for adventure and a heart of gold. He moved to Florida to attend the University of Florida and then law school at Florida State University where he met the love of his life, Ann. After marriage and graduation, they settled in Tallahassee where he became a prominent attorney for more than 30 years. Adventure was in Al’s blood. He was an avid fisherman and hunter. His adventure was not limited to just the outdoors. Whether it was playing softball, BBQ contests, or bourbon barrel picking, he was up for the challenge. Al’s hobbies and sense of humor led to many funny stories that he and his family and friends loved to retell. With a charismatic personality, Al had the ability to make anyone and everyone feel welcome and important. He provided unending support and fun times to those who knew him. His support did not end with just his immediate family, he was a rock to many. Al was a man of many names and titles: Papi Grande, Big Daddy, and World’s Best Dad, to name a few. He was a man larger than life, seizing each day to make it count. He never shied away from a challenge, whether in work or play, always giving 110 percent in everything that he did. Al is survived by his wife, Ann, of 37 years, his children, Jeff (Ashley) Penson and Ali (Jordan) Shropshire, his grandchildren, Annabelle and Anderson, his father, Edward (Georgann) Penson, his brother, Jeffery, his sister, Cindy (Tim) Barker, and many special nieces, nephews, and cousins. He was preceded in death by his mother, AnnaBelle D’Augustine. A Celebration of Al’s life will be held at The Retreat at Bradley’s Pond on Monday, April 9th at 2:00 P.M. In lieu of flowers, memorial donations in memory of Al can be made to Lustgarten Foundation for Pancreatic Research, 1111 Steward Avenue, Bethpage, New York 11714. The family would like to express their sincere gratitude to the Tallahassee Memorial Cancer Center and Big Bend Hospice for their compassionate care.

Al Penson of Tallahassee, Florida, passed away peacefully at home on March 21, 2018, after a courageous battle with cancer. A native of Athens, Ohio, Al was born with a zest for adventure and a heart of gold. He moved to Florida to attend the... View Obituary & Service Information

The family of Albert C. Penson created this Life Tributes page to make it easy to share your memories.

Al Penson of Tallahassee, Florida, passed away peacefully at...